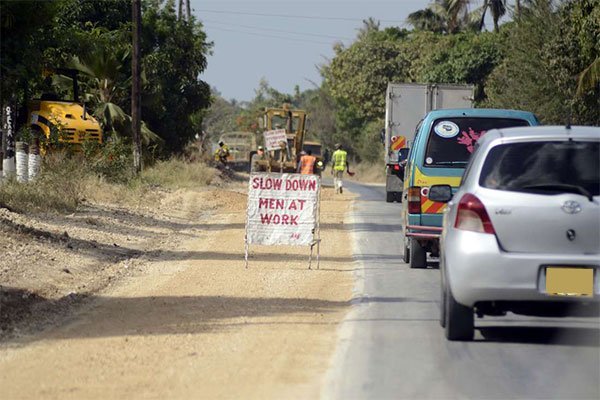 Work may soon begin on the Kenyan leg of the Coastline Transnational Highway with the launch of the tender process soliciting bids, which are expected to be submitted in late March.

The Kenyan government through its National Highway Authority (KeNHA) has officially begun the process to construct its part of the 460km Coastline Transnational Highway. This was evident through a Tender advertised by the entity for the 13.5km Mombasa—Mtwapa (A7) section and the 40.4km Mtwapa—Kwa Kadzengo-Kilifi (A7) section.

Bidders are expected to submit their documents by the 21st day of next month.

Works on the two road sections as per the tender notice

According to the tender, the Mombasa—Mtwapa (A7) section entails the construction of a four-lane dual carriageway, construction of a grade-separated junction, service roads, stormwater drains, major and minor drainage structures, access roads and social amenities along the road.

On the other hand, the 40.4km Mtwapa—Kwa Kadzengo-Kilifi (A7) section will entail the construction of a 7.3km dual carriageway and service lanes on both sides, building of a dual carriageway bridge and upgrading of the existing 33.1km section of the road.

The project also includes the construction of markets for displaced roadside traders along the Mombasa-Mtwapa-Malindi highway, whose structures were demolished by the Authority about 18 months ago. KeNHA is seeking consultancy services for the review and construction supervision of this project.

The Coastline Transnational Highway project also known as the East African Coastal Corridor development project, was conceived more than 20 years ago and it covers Bagamoyo-Tanga-Horohoro on the Tanzania side and Lunga Lunga-Mombasa-Mtwapa-Malindi on the Kenyan side.

It is projected to cost US $751m and it will be financed by the AfDB and the governments of Kenya and Tanzania at 70% and 30% respectively.

Last Year, AfDB approved US $384.22m financing package for the project a few months after the EU gave the government of Kenya a grant of US $33.41m.

The coastline road is expected to boost regional integration, cross-border trade, tourism, and socio-economic development, as well as improve road transport infrastructure along the Kenya and Tanzania coastlines, particularly between Mombasa and Bagamoyo.