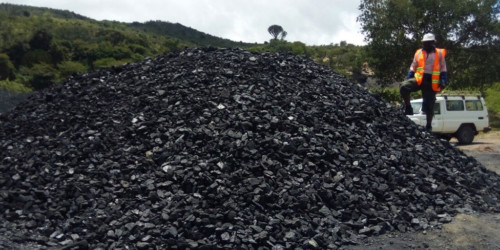 In a joint statement, the company’s Chairman, Jeff Malaihollo and CEO, Alistair Muir said the amount was before expenses were deducted.  The new ordinary shares of 0.02p each were sold at a placing price of 0.04p per ordinary share with existing shareholders through Brandon Hill Capital Limited.

“As envisaged, following the passing of the resolutions, subscribers to the placing will now be issued with one warrant for every two placing shares subscribed for under the placing,” the two company officials stated.

Meanwhile, Edenville Energy Plc said its Rukwa coal project’s wash plant recommenced continuous operations early this month. “As announced on 27 February 2020, a stockpile of approximately 6,000 tonnes of unwashed run of mine coal, which was mined from the southern pit at Rukwa, has been established adjacent to the wash plant,” the statement added.

The statement further said the wash plant is currently processing ore from the stockpile ahead of the first customer pick-up which is scheduled for last week. “As previously announced, the Company expects to commence mining from the northern area at Rukwa during March 2020 as the stockpiles diminish and the ramp up in production continues,” the London based company stated.

As previously noted, the region has so far experienced one of its wettest rainy seasons in many years. Should this continue throughout March there is the potential for further disruption to mining operations ahead of the expected end of the rainy season in late April.

Apart from the Rukwa project, the company also has exploration licences form a contiguous block covering 494.99 square kilometres and lie adjacent to the Kiwira-Songwe coalfield.  It paid a private vendors U$161,700 in cash to acquire it. The licences are held by Edenville’s 99.5 percent owned Tanzanian subsidiary, Edenville International (Tanzania) Limited.