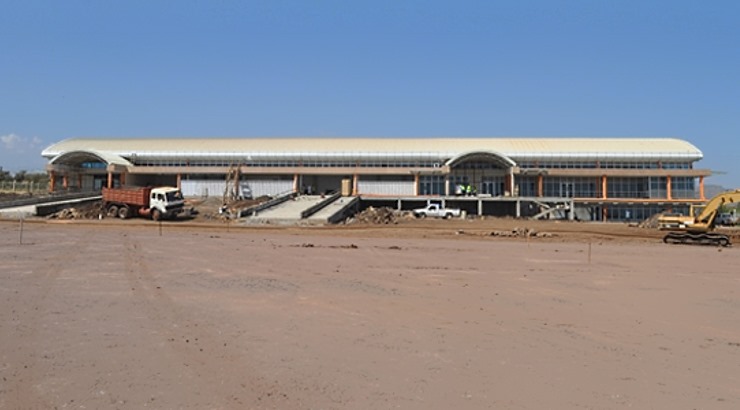 He  added that the team will conduct a thorough investigation, including soil analysis and establish whether the contractor used poor quality materials in order to ensure that mistakes are not repeated as the government embarks on a process to fix the cracks and extend the 1.4 km runway to 3 km so as to accommodate larger aircrafts at the facility.

Nakoru  noted that the team of experts is expected to carry out the probe and come up with a report and recommendations within a period of one week so that repair works can begin.

He  urged members of public from the region to utilize the airport, a mega government project that is picking up at a slow pace.

Speaking  to  journalists in Isiolo after accompanying team of experts and the President’s Service Delivery Unit, the RC  observed that the facility had been idle three years after it was officially opened by President Kenyatta, adding it should be made vibrant.

According  to Nakoru, the East African Safari Express, formerly Fly Sax Company has resumed flights from Nairobi to Isiolo twice in a week on Sunday and Tuesday.

The  administrator  asked counties neighbouring Isiolo to ensure they used the airport regularly, adding that the flight charges to and from Nairobi are pocket friendly.

Nakoru  said the government was committed to ensure that the facility is up and running, adding that the Kenya Airports  Authority (KAA)  would soon construct cargo shades at the facility in order to enable Miraa farmers and traders to utilize the airport to transport the perishable commodity instead of travelling by road all the way to Wilson Airport  in  Nairobi.