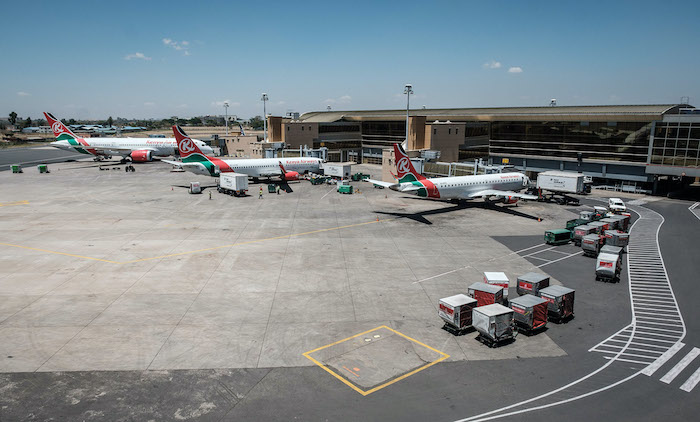 For those travelers passing through Jomo Kenyatta International Airport, one of the busiest in East Africa, signing onto the wifi to get online is one of the most important amenities available. But now, according to a lawsuit, it is coming to light that the Kenya Airport Authority’s deal with Safaricom to provide these WiFi services may not have been subject to a transparent tender process.

Internet Solutions Limited, with a presence in African countries, has filed a lawsuit against the Kenya Airports Authority (KAA), demanding that the High Court move to order the Public Procurement and Administrative Review Board to revoke the tender.

The lawsuit claims Safaricom was offered the deal and bid for the contract when its licence as an ICT service provider had expired.

The company has listed KAA, Safaricom as well as other firms that participated in the tender — Encapsulated limited and Simbanet Ltd — as interested parties.

Through lawyer Apollo Mboya, the firm says that Safaricom was not a locally registered ICT service provider at the time it was bidding for the tender for maintenance of wireless passenger internet at KAA.

The firm claims that Safaricom’s accreditation by the ICT Authority to provide such services to government had expired on October 23 last year.

The tender evaluation happened after the expiry, the company says.

While the procurement review board had found that the notification letters to bidders were null and void as well as contrary to the Public Procurement and Assets Disposal Act, which require the accounting officers of the procuring entity to issue them, the firm faulted it for going ahead to award the tender to Safaricom.

The firm is also accusing KAA and the review board of acting unlawfully and failing to conform to all the requirements in the tender documents owing to the disputed decision which was rendered on February 12.

“KAA and Safaricom may enter into a contract at any time, seal the deal and render this suit nugatory, it is in the interest of the public that this suit be heard expeditiously to safeguard public funds,” said Mr Mboya.

Internet Solutions says it was locked out for failing to provide academic qualification of its team leader as well as four onsite personnel based at Jomo Kenyatta International Airport to be on shift basis.