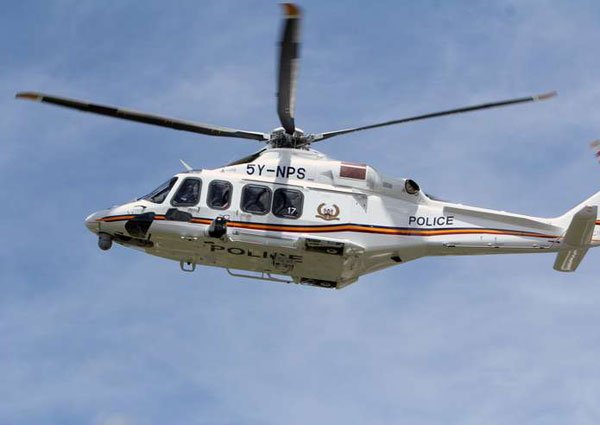 Kenya’s Ministry of Interior is under scrutiny for awarding tenders without appropriately following due process during the 2017/2018 financial year.

An audit report revealed discrepancies in the purchase of three helicopters in a Sh4.9 billion contract awarded to a foreign firm.

Appearing before National Assembly Public Accounts Committee (PAC) on Tuesday, Interior Principal Secretary Karanja Kibicho said that the variation was as a result of errors during the tendering process.

Mr Kibicho said the over Sh900 million additional spending was due to extra specifications that were not initially provided. He said that the features were important for the safety of the aircraft.

“Even though the initial figure went up, taxpayers got value for money after additional features were added to the helicopter,” said Dr Kibicho.

Apart from the amount variation, former Auditor-General Edward Ouko, in his report, stated that only one bidder was invited and issued with bid documents on March 29, 2017.

“No evidence was provided to show that technical input in the preparation of the tender documents. As a result, additional essential standard avionics helicopter parts required to be issued to form the basis of tender preparation and subsequent negotiations were not included in the original tender documents contrary to Section 104 (a) of the Public Procurement and Asset Disposal Act, 2015,” Mr Ouko noted.

Further details revealed that only two helicopters of registration number 5Y-DIG and 5Y-PEU were certified by the manufacturer and insured as per the Civil Aviation Insurance Regulations.

Mr Ouko was able to get two vouchers that were on June 30, 2018, paid to another firm for the supply of three new turbine engines for helicopters.

One of the vouchers of number 196- Sh76 million was additionally paid to the firm for the difference in exchange rates.

In yet another tender exposed by Mr Ouko, the National Police Service procured under classified general purpose machine guns and AK-47 rifles from a foreign firm for Sh27 million.

However, it emerged that the company awarded the tender did not provide a certificate of incorporation and a weaponry manufacture registration/ authorisation.

Mr Ouko also revealed that the firm did not issue responsive to the rate of fire, maximum effective range and provision of accessories during the technical evaluation stage.

“Failure to meet all the requirements by the bidder should have led to automatic disqualification. However, the tender was awarded to the bidder contrary to Section 80 (1) and (2) of the Public Procurement and Asset Disposal Act, 2015,” noted Mr Ouko.

He added that a local firm was awarded the tender for grilled masonry perimeter fencing including erecting canopies at the Kenya Police headquarters and Vigilance House Annex in Nairobi.

The firm issued an expired certificate from the National Construction Authority (NCA) which was contrary to section 3.3 of the tender documents that asked bidders to have a valid registration with NCA.

Besides, the firm never provided audited financial reports for the years 2015 and 2016 but only issued an audited report for the financial year 2012.

The report also revealed that out of the 280 petrol stations that were required to pay fuel storage tanks annual licence fee of Sh4,000 per station, only 76 of them did so in the financial year 2017/2018.

This led to a loss of Sh816,000. The audit on petrol stations also put the Nairobi County Commissioner on the spot as it revealed that a total of 25 operational petrol stations were not registered and hence denied the government Sh100,000 in revenue.

The Interior Ministry explained that provisions of Section 14(5) of the Petroleum Act, 1947 was the basis for collecting the revenue until May 16, 2017- when the department realised that there was no legislation governing the revenue collection.

This was faulted by Mr Ouko who said that the department continued collecting annual licence fees from the petrol stations even after May 16, 2017.

However, an audit revealed that the DCI department collected that Sh713 million from the collection of Certificates of Good Conduct which led to the unreconciled difference of Sh39 million.

A further review of documents issued by the DCI revealed that out of the revenue amounting to Sh69 million that was collected by Postal Corporation of Kenya at Huduma centers- only Sh25 million was remitted to Central Bank of Kenya. This means that a total of Sh44 million was not banked.

The Interior Department explained that the Sh69 million that was collected at the Huduma centres on behalf of DCI comprised Sh51 million and Sh18 million that was remitted to Central Bank of Kenya during the 2017/2018 and 2016/2017 financial years.

However, it never handed any document to back up the explanation as required by law.

For the E-Citizen Services, a comparison of the revenue amounts in the revenue statements with E-citizen collections/remittances during the 2017/2018 financial year revealed unreconciled differences amounting to Sh.3 billion. It also brought to the limelight the challenges that Internally Displaced Persons in Turkana went through.

Sh14 million was paid and was made for the construction of IDP houses in the financial year that ended June 30, 2018- but the department never issued any supporting documents showing on how the money was used.

In the 2017/2018 financial year, there were grants to Internally Displaced Persons under the cash payments program amounting to Sh2 billion.

A close audit revealed that Sh4.6 million was paid to IDPs who did not have national Identity Cards- which made it hard to determine that those who received the pay were Kenyans.

It also emerged that Sh17 million was paid to IDPs with duplicate names and ID card numbers.

Mr Ouko further did an audit with the National Registration Bureau database which revealed that for every duplicate name- only one name matched with the ID card number that was provided while the rest of the ID numbers did not.

It also emerged that a total of Sh250,000 that was made to IDP’s whose ID numbers never matched the database that was retrieved from the National Registration Bureau.

Mr Ouko also revealed that the management of the National Humanitarian Fund failed to provide documents and records for audit review of IDPs as required under section 13(g) of the prevention, Protection, and Assistance to IDPs and affected communities Act.