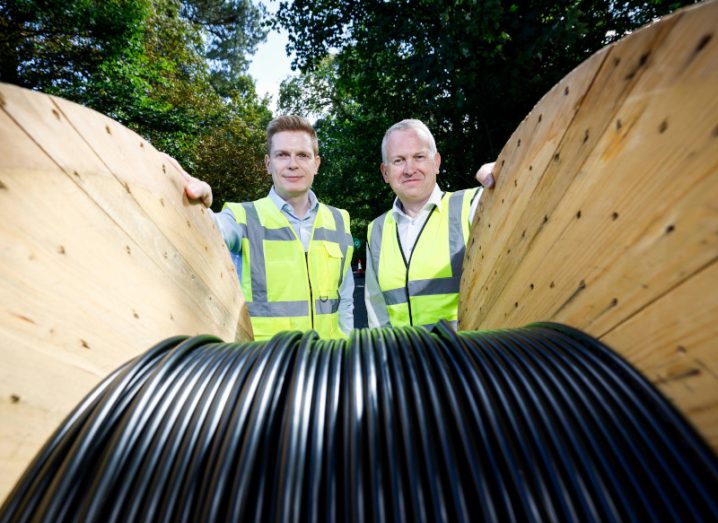 Telecoms provider Enet is to invest €50m in fiber networks around the country over the next five years, allowing more service providers and businesses access.

Among the areas targeted for expansion by Enet is Dublin, where 45 kilometers of fiber will be installed in the north and west of the city, connecting all the major business parks in these areas, together with a new 10km network in north Dublin and a four-kilometer backhaul and fiber infrastructure in west Dublin that will allow a further 500 and more businesses to connect.

Enet, which is part of the Speed Fibre Group, has expanded its Dublin Metro network by more than 18.5km between January and May this year, in areas such as Rathmines in Dublin 6 and Westmoreland Street in Dublin 2.

Enet, a telecommunications company plans to invest €50 million in fiber networks around the country over the next five years, providing more service providers and companies access.

Enet plans to expand in Dublin, where 45 kilometers of fiber will be installed on the north and west sides of the city, connecting all of the major business parks in these areas, as well as a new 10km network in north Dublin and a four-kilometer backhaul and fiber infrastructure in west Dublin, allowing 500 and more businesses to connect.

Between January and May of this year, Enet, which is part of the Speed Fibre Group, expanded its Dublin Metro network by more than 18.5km in places such as Rathmines in Dublin 6 and Westmoreland Street in Dublin 2.

Enet says that it operates the largest alternative wholesale telecoms network in Ireland, with more than 5,600km of fiber infrastructure, including the state’s Metropolitan Area Networks (MANs), proprietary metro networks, a unique dark fiber backhaul infrastructure, as well as one of the largest licensed wireless networks.

“By constructing vital fiber networks to deliver high bandwidth telecommunications access to our wholesale customers, we are helping thousands of businesses and consumers across the country with the network capacity they need to thrive and develop,” stated Group CEO Peter McCarthy.

“The new investment follows Enet’s announcement earlier this year of a partnership with EXA Infrastructure to provide international optical network connections between Dublin and data centers in Europe and across the North Atlantic.”

The collaboration encompasses over 40 priority data centers in Frankfurt, London, Amsterdam, Paris, Marseilles, and Milan, as well as a number of North American routes on the EXA Infrastructure network, which is currently the largest dedicated digital infrastructure platform connecting the two continents.

This service also enables the transport of massive volumes of data for data center workloads, such as video content, and the growing use of cloud-based applications.

The Irish Infrastructure Fund owns Speed Fibre Group. It manages capital for institutional investors, the majority of which are Irish pension funds, trusts, and investment managers.

In Ireland, the IIF currently oversees about €500 million in investments in energy, telecommunications, tourism, and healthcare.

The IIF is run by the London-based investment firm AMP Capital Investors.