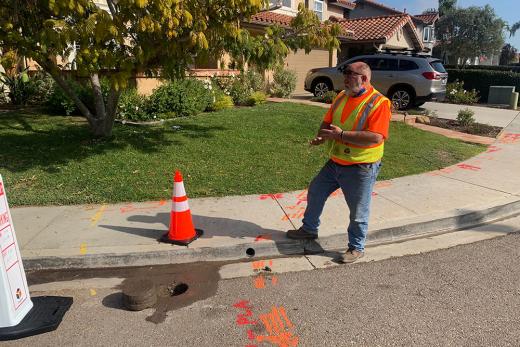 A large-scale fibre project in California has started, with the goal of delivering statewide open access middle mile connection by the end of 2026. Funding for the project, which was announced in 2021, totals $3.8 billion from federal and state sources.

A total of 10,000 miles of fibre are required under the state’s network architecture. San Bernadino County, where there will be 850 miles of fibre, will host the majority of the project’s route. Significant elements of the system will also be made up of Kern County (544 miles), Riverside County (535 miles), and Los Angeles County (525 miles).

In a project meeting in September, Acting Assistant Deputy Director of Caltrans Director for the Middle Mile Broadband Initiative Janice Benton said preconstruction work – including environmental, permitting, and design tasks – was already underway for 93% of the project’s fiber miles.
She added that 114 miles of the project are expected to go into construction in 2022, with another 300 miles to come in 2023. The first leg of its work got underway this week.

The initiative, according to Mark Monroe from the Department of Technology, will need the installation of at least 6,000 miles of new fibre. He added the state might need to lease some of the remaining 4,000 miles where there is sufficient infrastructure, depending on the cost to build those miles.

900 miles of the project’s contracts have already been made public by the state. Additionally, it intended to release 60% of the middle mile network for building bids by October 14. By May 2023, it intends to have contracts covering every aspect of the system.

ISPs will be able to access the network after it is finished to offer last-mile connectivity. The funding for those initiatives will also increase. the same laws from 2021 that allocated $3.25 billion for the middle mile project (which was subsequently supplemented by another $550 million from the 2022 state budget) also set aside $2 billion for the rollout of last-mile connections.