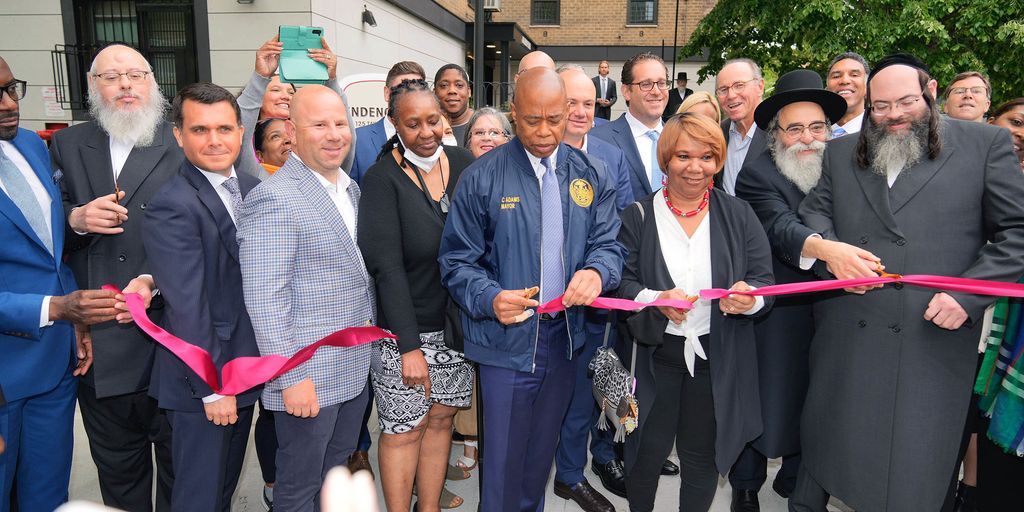 The new “Big Apple Connect” programme will provide free Internet and basic cable access to New York City Housing Authority (NYCHA) tenants. The programme will begin with more than 100 NYCHA projects and will expand to more than 200 by the end of 2023, covering about 300,000 New Yorkers.

Optimum, which operates Altice in NYC, released a dedicated web page on Monday where NYCHA residents can enroll in Big Apple Connect.

“This is the largest municipal sponsored broadband program for public housing residents. The largest,” said Mayor Adams during a press conference at Langston Hughes Houses, a NYCHA residence in Brooklyn.

“What we’re talking about today is not just about free Wi-Fi. It’s about economic development, it’s about public health, it’s about safety, and it’s about having a fair shot like every other person who has money does,” said CTO and Office of Technology and Innovation (OTI) Commissioner Matthew Fraser.

New York City’s other incumbent provider – Verizon – is TBD on the program. In a press release, the mayor’s office said it is “continuing to negotiate with Verizon as a possible third franchisee.” Both Altice and Charter have signed on for three-year agreements through which the city will be billed directly for all of the subscribers enrolled in the program. At a press conference, Fraser said the program would cost the city $30 per unit.

In certain ways, the new programme departs from the Master Plan in terms of strategy. The Master Plan called for a multi-year endeavor to bridge New York City’s digital divide. It also promoted the participation of startups, minority- or women-owned businesses, and cooperatives. As the plan’s first (and only) programme, the de Blasio administration enlisted five startup providers – Starry, Sky Packets, Silicon Harlem, Flume, and NYC Mesh – last year.

Addressing the city’s choice to partner with incumbent providers for Big Apple Connect, both Fraser and Mayor Adams said during the press conference that it was a matter of getting people who need it most connected faster.

“When you look at the previous approaches that focused on multi-year delivery, talking about getting something tangible into someone’s hands in two years, four years, five years – what’s the cost of inaction? How many people do we actually get left behind?” said Fraser. “While we work on something that can be more sustainable long term, we have to cover the problems that we have today.”

In addition, Adams stated that while the city is still “laser-focused” on increasing chances for minority and women-owned businesses, “it was critical to delivering these families high-speed broadband and this was the fastest way to achieve it.”

Residents of NYCHA who are already linked to Altice or Charter will see their bills automatically reduced to as little as $0. Those without access can enroll in the programme through Altice (which serves buildings in the Bronx and parts of Brooklyn) or Charter (which services buildings in Manhattan, Queens, Staten Island, and the rest of Brooklyn). Big Apple Connect features a free installation of 300 Mbit/s high-speed broadband as well as a modem, router, and cable box.